There are currently 4.5 million people living in the Arctic

It comes as a surprise to many any people on earth that the Arctic is inhabited. Science has recently confirmed through DNA studies the humans have lived north of the arctic circle for more than 40,000 years.

The traditional, hunter-fisher societies of the Inuit are in flux.  Indigenous people are struggling to find a sense of purpose and place in a world altered by climate change and technology. Tourism and secondary economies bring opportunities for indigenous people to participate in a new way of life..

Greenland Fisheries Thriving in Some Locations

Western Greenland is currently experiencing a fishing boom. Though the average size of Arctic Halibut are showing deep signs of decline from over fishing, current harvests continue to provide a steady living for indigenous fisherman. Declining sea ice allows a longer season as well- up to 11 months a year.

The Roots of Polar Existence

For the indigenous people of the Arctic, life has changed dramatically in recent years. In even the most remote villages, cell phones and internet abound, connecting people normally isolated to the outside world. Tourism is on the rise, as the Arctic has become a destination. There are opportunities in this. Hunting and fishing can become unique travel experiences for people curious about the Arctic and the people who live there.  Climate change has also had a hand in altering the indigenous way of life. For some, the dramatic warming of the Arctic has provided opportunities. Fisherman in Western Greenland are enjoying a bounty as cod move north in the warmer waters. Warming temperatures also mean the sea ice retreats earlier in spring and manifests later in the fall, allowing fisherman to work much more of the year. Halibut, a valuable fish, remains abundant, although they have grown significantly smaller in size as the pressures of increased fishing come to bear. Hunting has been complicated by the lack of hard sea ice. Travel by dog sled over the ice is no longer possible, making this traditional method of transport difficult for hunters in some areas. Lack of stable sea ice can also isolate villages normally accessible in winter by dog sled. It is not an easy transition for people who have roots going back thousands of years in these indigenous societies. For young people growing up in traditional homes, this can be disorienting. How the indigenous people will adapt to changes in the Arctic remains to be seen. The world is coming to them with technology, new shipping routes, mining of rare earth minerals and tourism. 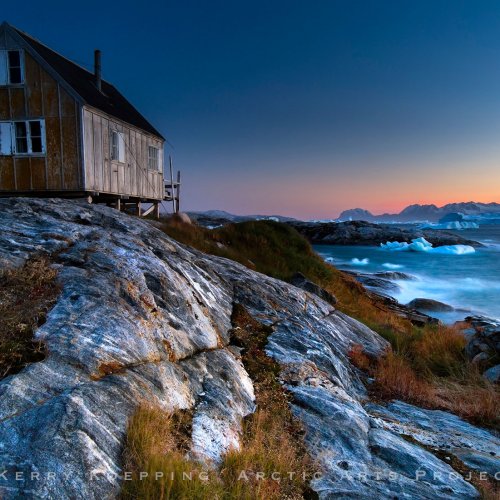 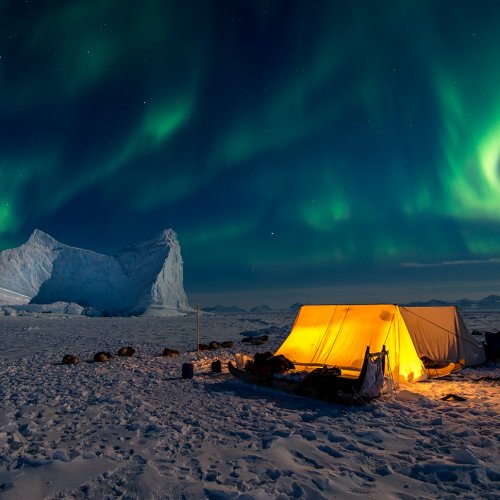 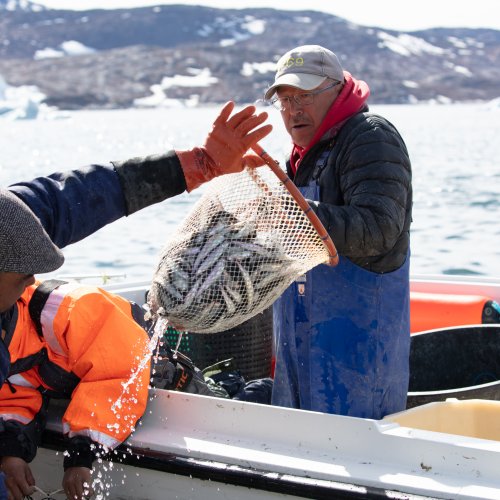 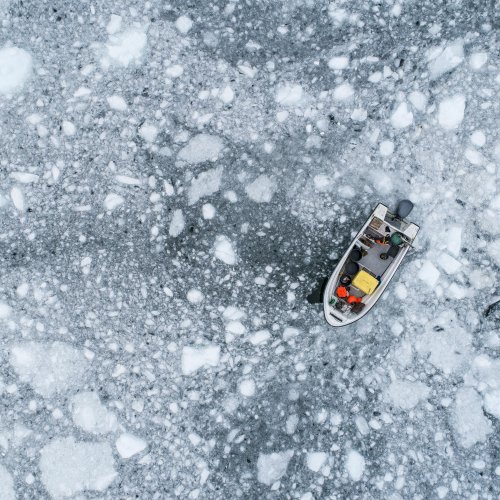 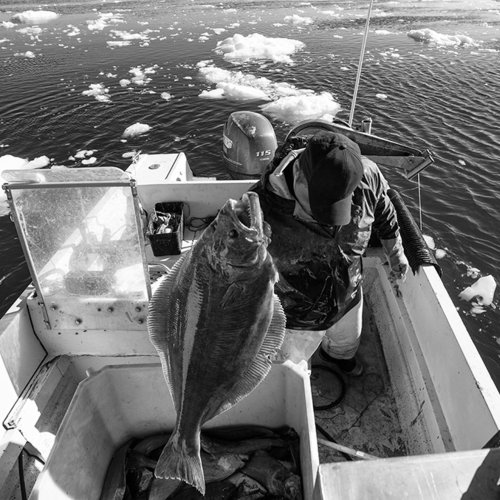 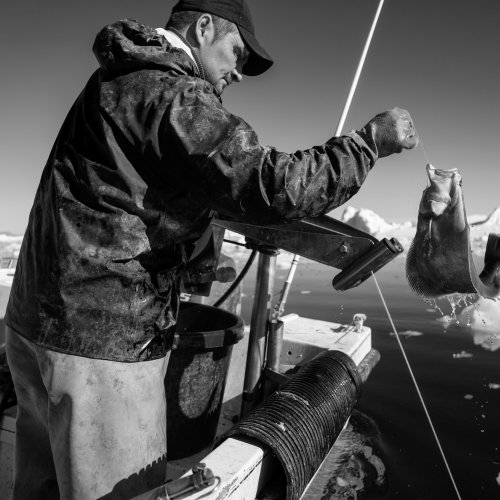 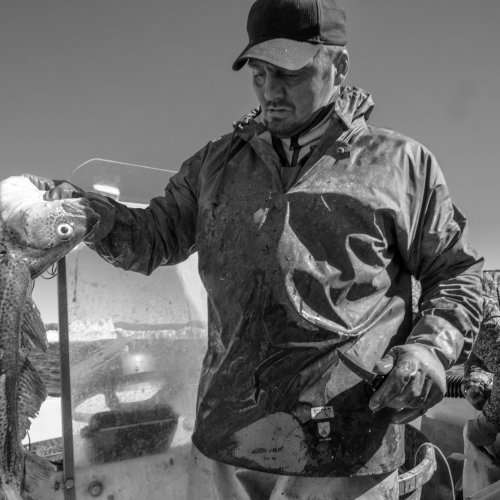 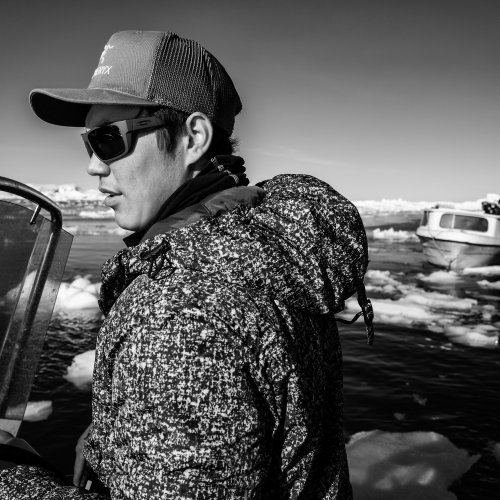 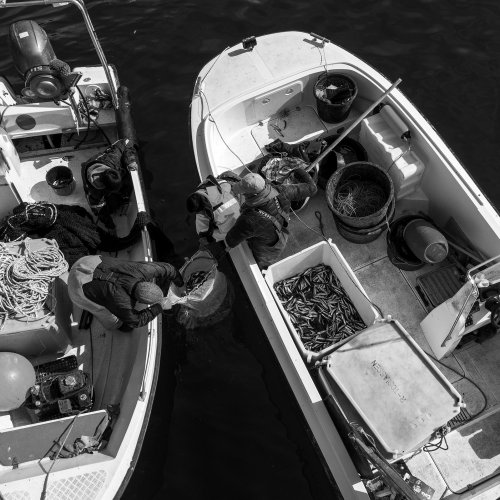 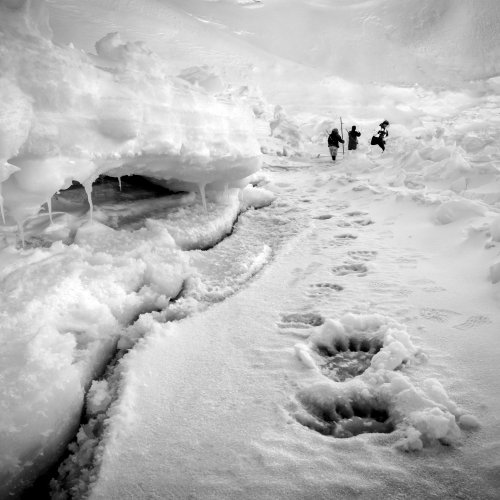 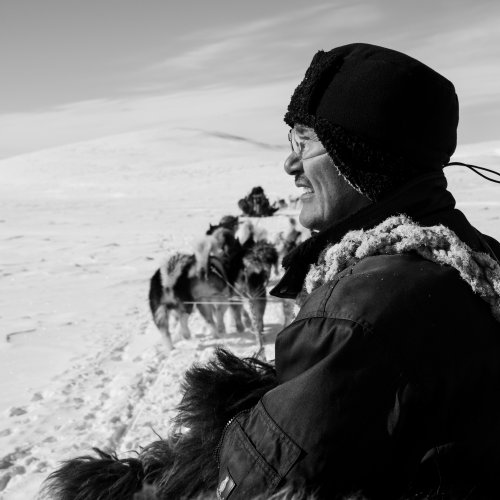 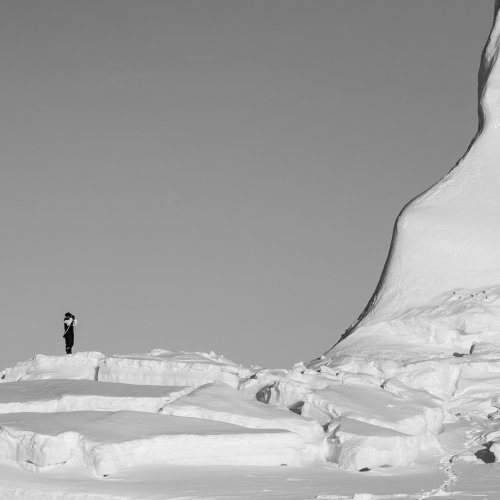 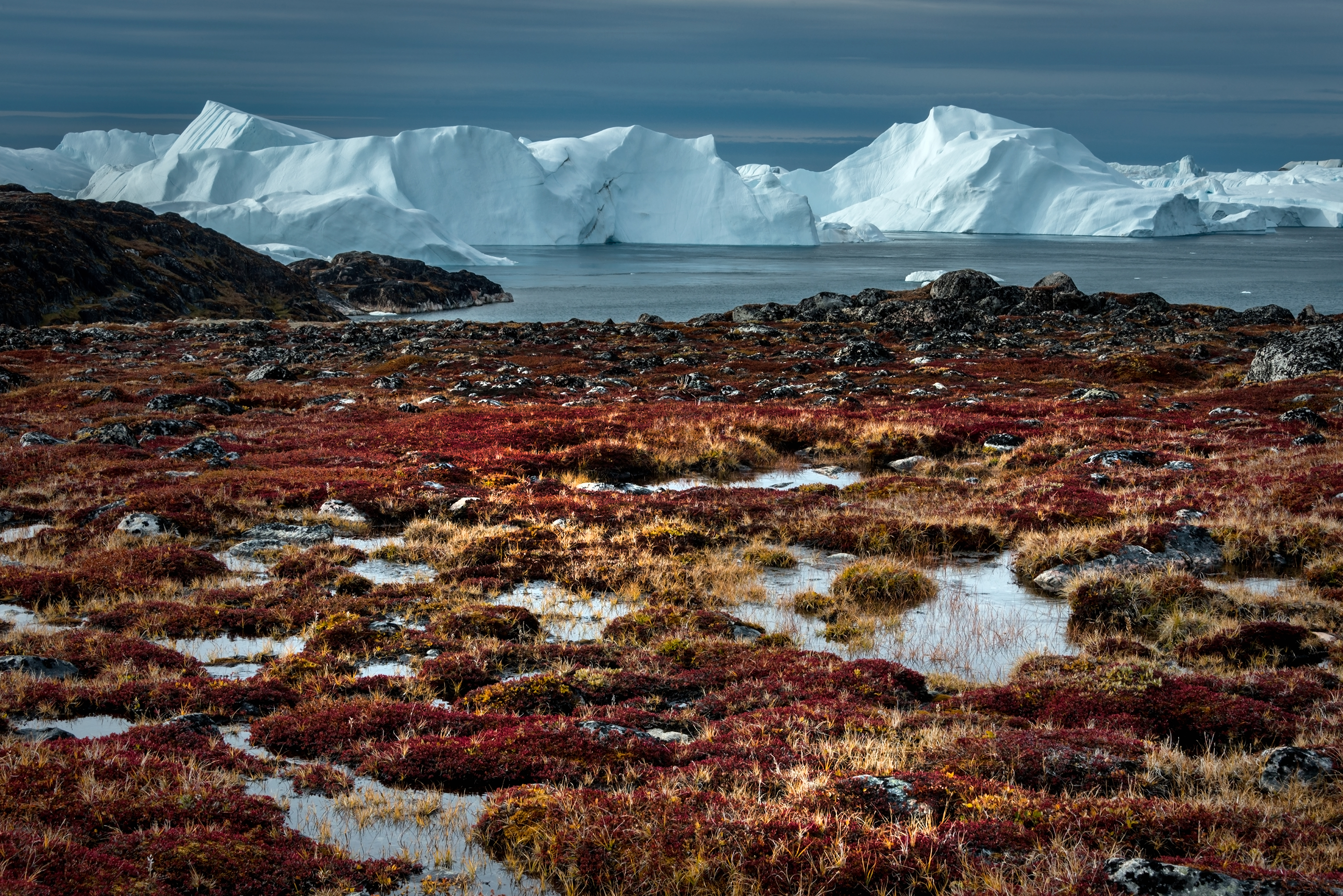 Greenland is a wealthy country, if you consider the rocks. Second only to China in rare earth oxides, mining companies are beginning to take a serious interest in Greenland’s stores. Greenland Minerals, an Australian company with Chinese investors, has secured a permit to mine rare earth oxides, uranium and zinc in Southern Greenland and could be operational as early as 2022. The world’s dependence on these minerals continues to grow. They are critical for making batteries, medical devices, solar panels and wind turbines, as well as supporting many military technologies. Greenland’s bounty leaves them poised to benefit, but questions and concerns about pollution remain at the forefront of discussions. Uranium will be a by-product of the massive GM project and radiation has many local Inuit people worried. Several other mining companies have been surveying in earnest to take advantage of the island’s diverse store of minerals. Greenland’s government made mining uranium a possibility for the first time last year and has been forthcoming in support of mining projects. The U.S. has an agreement with Greenland to allow exploration by U.S. companies, in an effort to reduce its dependence on China for rare earth minerals. There are still major barriers to establishing the complex sites mining requires, but it seems the door has opened and a new determination to overcome them is developing. Greenland would like independence from Denmark. Mining would provide an economic boost, as well as jobs, where few options are available. As climate change makes more of the valuable rock accessible, one can only hope that great care will be taken by these projects to protect the people, animals and land that will undoubtedly be affected in this fragile and rapidly changing region.

A tide of change 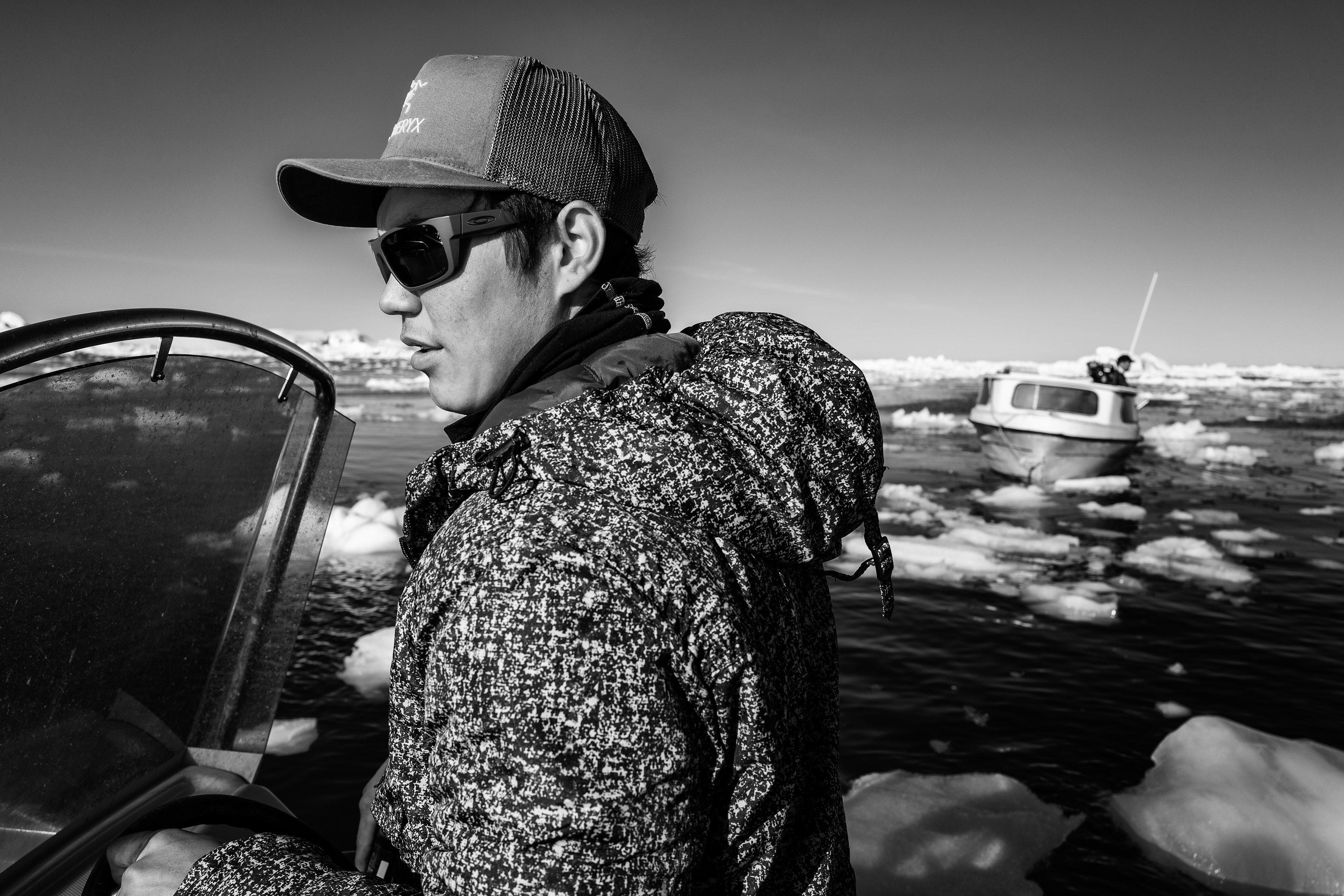 Complex is likely the best way to describe the relationship of indigenous people with popular culture. In Greenland, it’s easy to see how challenging this relationship is. In some of the most remote villages, where fathers still go out to hunt Narwhal, polar bear and caribou for sustenance, kids are playing games on their cell phones. Inuit hunters use their phones to check weather conditions and call home when traveling by dog sled in remote regions. The web is free there too, and young people have access to a wealth of information about the world outside of their small villages. More indigenous kids travel abroad for their education. They want more stuff. They think about celebrities and designer things. All this is creating a disconnect between the generations and appetites that are difficult, if not impossible to satisfy in a village of 400, that is accessible only by air or boat. Suicide rates have increased. Alcoholism is a problem, leading to domestic abuse and the like. It’s difficult to reconcile a life where polar bear skins flap on a tall framework outside with the sophistication and excitement that can be found on the web. In some parts of Greenland, it’s easier. Nuuk, is bustling, cultural center and Greenland’s version of urban. Larger villages, and those accessible by ship, get an influx of tourists and goods. Mail is delivered regularly and there are shops with electronics and clothing. A transition is being made in these places to a life that includes a more worldly perspective. Money is made by providing the activities visitors are curious about like fishing, visiting icebergs or taking a dog sled ride. But many indigenous people worry about their long-held culture being sidelined or lost in an influx of the new. Greenland is just one of many places on the planet struggling with these issues, as technology brings the rest of the world home. Maintaining a connection to their traditional culture is important to the people there. The lessons of how to keep that connection have been learned the hard way by other, indigenous people, offering a window of how to weave the threads of the old into the fabric of a new way of life. 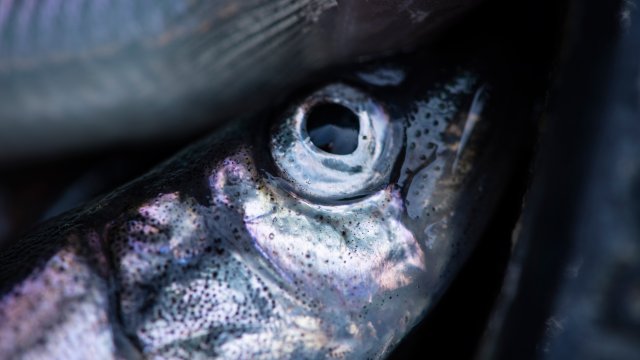 70 per cent decline in capelin not due to fishing, say scientists

Capelin are described a “lynchpin” species because a healthy population helps other types of fish. Cod and turbot eat them directly, and without lots of capelin those fish will eat commercially valuable crab and shrimp instead. Scientists blame late spawning for the population drop. 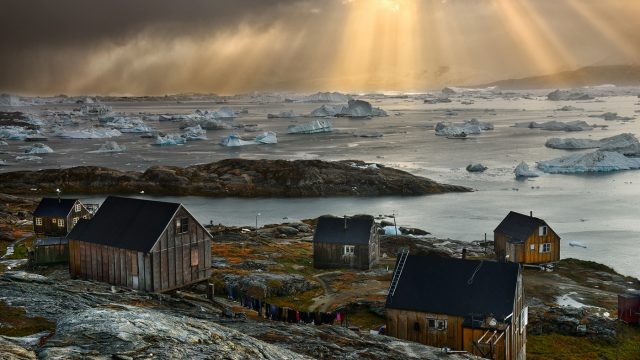 As Greenland Minerals, an Australian company, begins the process of building a rare earth mineral mine in Southern Greenland, a new industry sets foot in the landscape of this part of the Arctic.