The extent of Arctic sea ice at the end of summer 2019 was effectively tied with 2007 and 2016 for second lowest since modern record keeping began at 1.6 million square miles (4.15 million square kilometers).

Blue ice occurs when snow falls on a glacier, and is compressed, becoming part of the glacier. During its descent to the sea, air bubbles trapped in the ice are squeezed out, and the size of the ice crystals increases, making it clear.

The ice in a glacier looks dirty because it is dirty. The accumulation of pollutants, sediment and volcanic ash create a dirty appearance but also create an accelerated melting process on the surface of the glacier.

The Polar Regions State of Ice

Ice abounds in the Arctic. The state of ice, on the sea and on land, affects oceans, weather, and habitat throughout the Arctic and beyond.

• As sea ice coverage declines, migration patterns for many marine species change. Whales travel different pathways and move north earlier. Fish populations shift as warmer waters allow some new species to thrive, while causing other species to struggle in their native environments. Multi-year sea ice is becoming more and more reduced. Younger ice is darker resulting in a lower albedo (less reflectivity of the sun’s energy) for the Arctic  oceans.

Ice: A Profile in Change 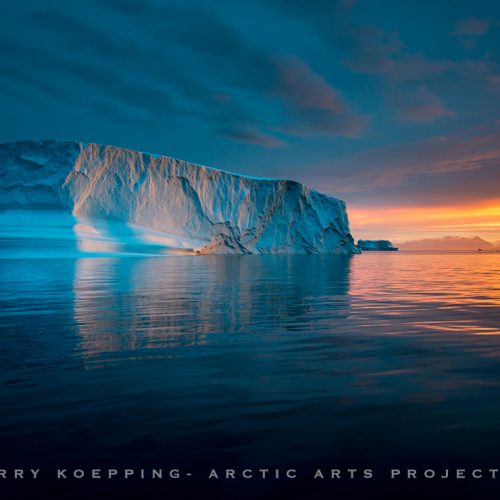 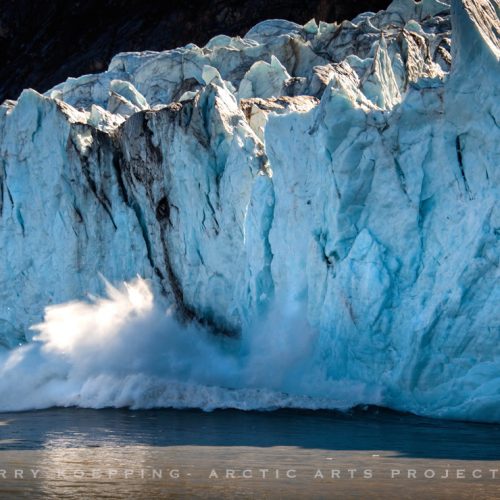 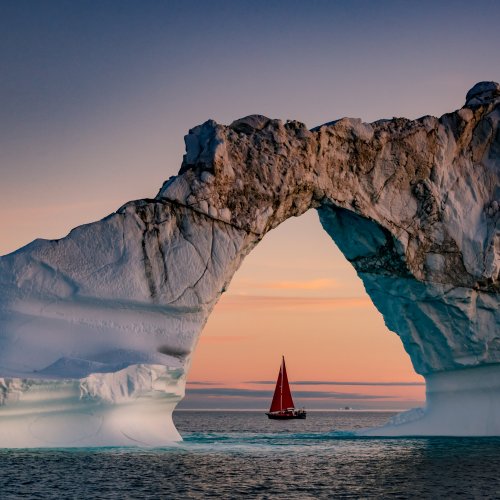 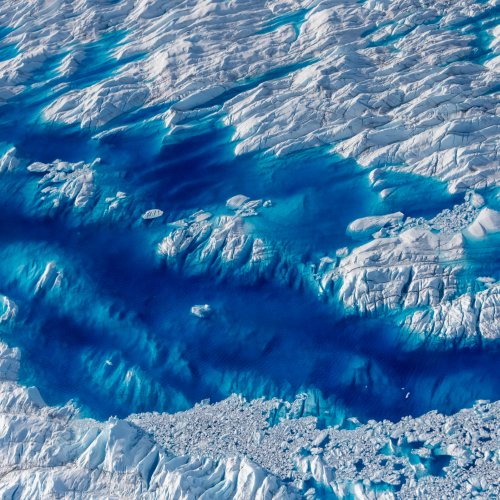 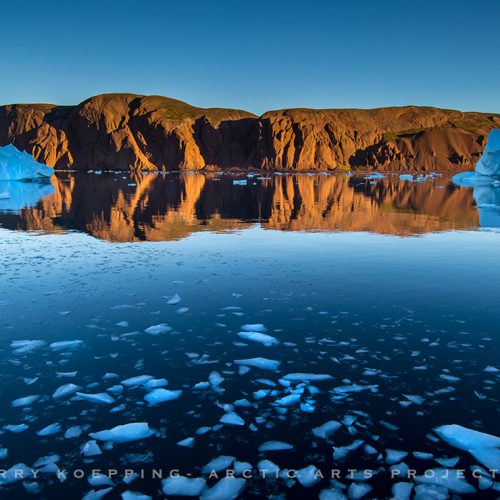 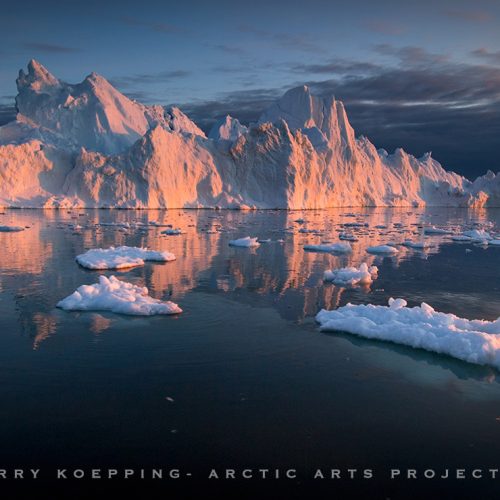 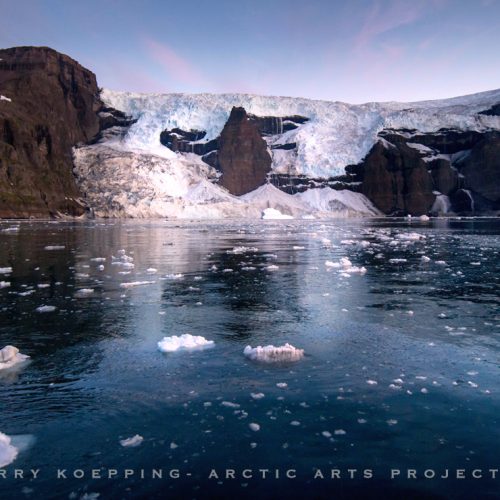 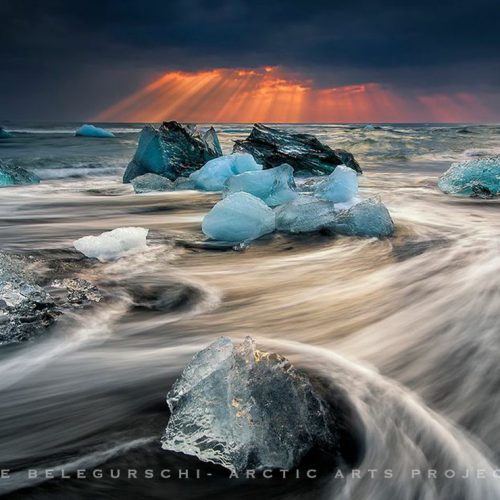 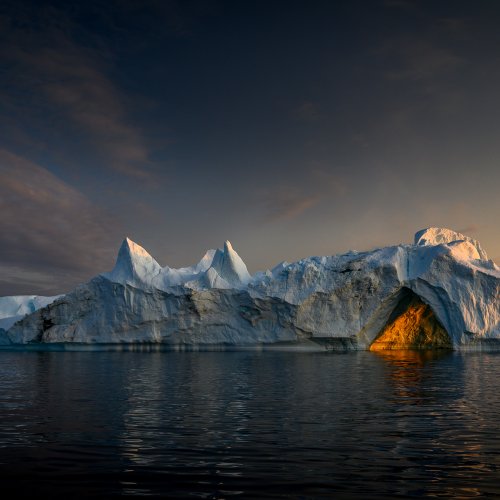 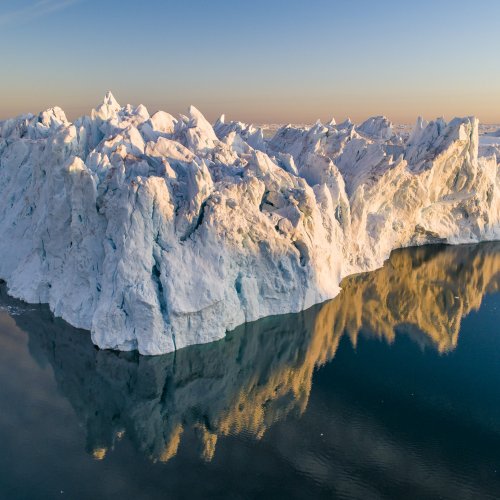 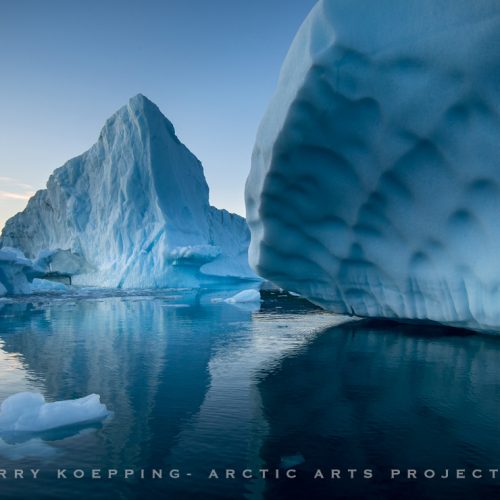 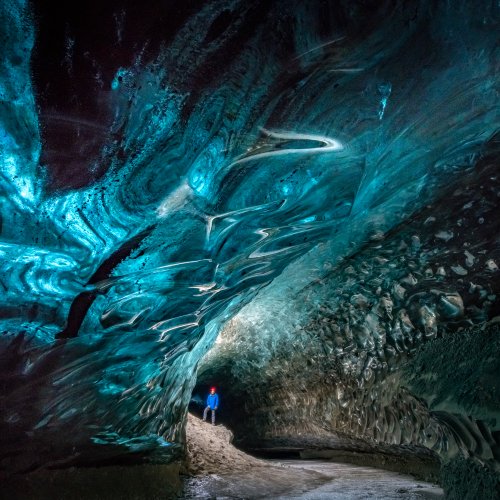 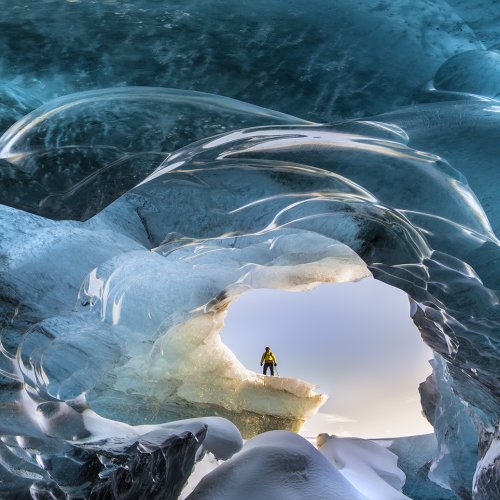 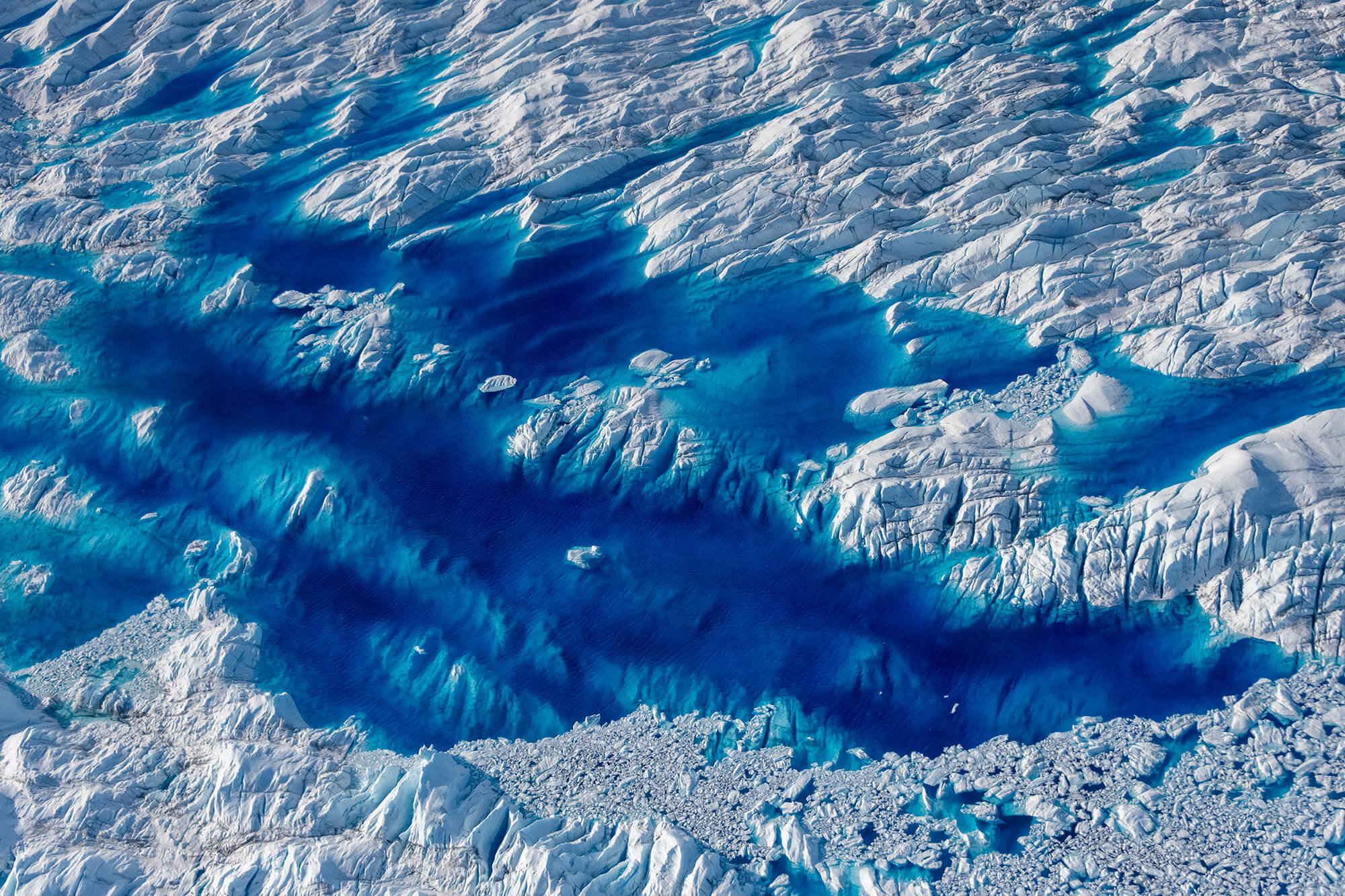 The summer of 2019 was the warmest summer on record in the Arctic. The Greenland Ice Sheet lost over 350 billion tons of ice. For the Arctic Arts team, that meant some incredible photographs of blue rivers and lakes tracing over the surface of the otherwise snow covered ice. The full impact of such great summer melt is still being studied. This cold, fresh water appears to effect the great currents that carry water around the world’s oceans, particularly the AMOC (Atlantic Meridional Overturning Circulation). A slowing of the AMOC can dramatically change weather in places far from the Arctic.

The Greenland Ice Sheet is melting at 7 times the rate it was in the early 1990s. For every centimeter of sea level rise, 6 million more people are exposed to coastal flooding on a yearly basis. Mitigating CO2 levels to prevent catastrophic loss of ice from the world’s ice sheets is the only way we can keep our current coastlines habitable and safe for the people who live there. Sea ice is a dynamic part of the Arctic and plays a critical role in the lives of many marine animals and indigenous people living there. As temperatures warm over the Arctic seas, ice melts more quickly and does not reform as easily. Ice formed over many years is becoming less and less prevalent, resulting in vast areas of the northern oceans that are grey rather than white in winter, since younger ice is darker. White reflects more of the sun’s radiation and keeps things cooler, so the darker sea ice increases temperatures and contributes to even more melt.

Sea ice loss has also changed the way indigenous people and many animals function in winter. In some areas of the Arctic, people can no longer travel by dog sled over the ice in winter because the ice has become too unpredictable and dangerous. This results in communities that are accessible only by helicopter in winter. Polar bears need sea ice for hunting and to travel long distances. The unpredictable ice can strand the bears on land with limited food and in proximity to human communities.

The earlier sea ice melt has created a boom for the fisherman in the Arctic. Fishing can begin several weeks earlier and there is an abundance of halibut in some areas , which is a lucrative fish for the indigenous people. Cod populations are also moving north as the waters warm, diversifying the fishing and increasing profits. 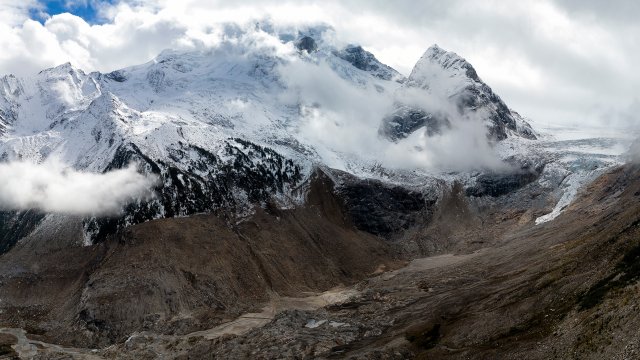 Postcards from the Arctic: Documenting Ice Loss in Canada’s Rocky Mountains By: Andrea Sparrow & Kerry Koepping Canada opened its borders to US citizens in late summer. While Covid-19 continues to make travel challenging, the Arctic Arts team jumped through all the hoops and headed to the mountains in Alberta and British Columbia to see how … 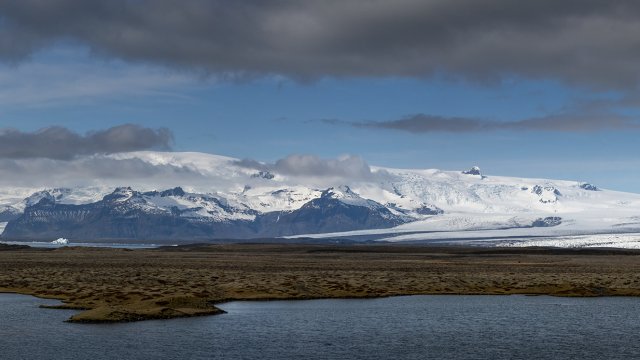 Postcards From the Arctic: Iceland 2021 By: Andrea Sparrow Our team’s travels to Iceland were a wonderful success! There have been a number of scientific papers recently about glacial ice loss in peri-arctic and high alpine regions around the world. Our intention was to see for ourselves how several of Iceland’s glaciers have changed over …