Postcards From the Arctic: Iceland 2021

Our team’s travels to Iceland were a wonderful success! There have been a number of scientific papers recently about glacial ice loss in peri-arctic and high alpine regions around the world. Our intention was to see for ourselves how several of Iceland’s glaciers have changed over the last few years. We documented seven glaciers and, of course, Geldinadalir, Iceland’s new volcano. 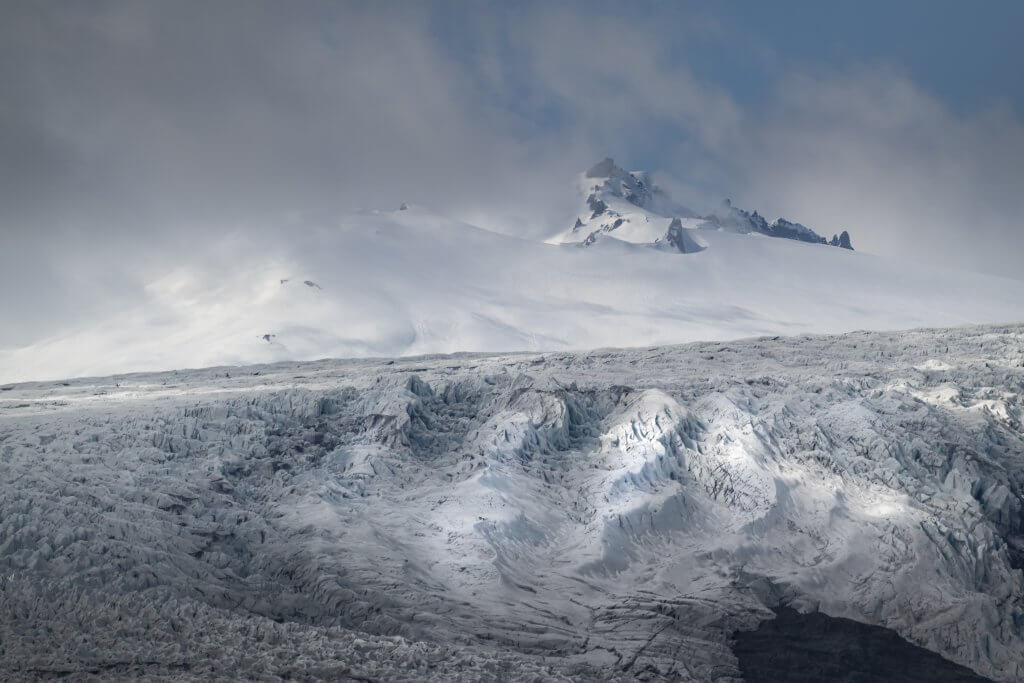 Our travels began more easily than we’d expected. Covid testing and restrictions are strict in Iceland. Fortunately, we had negative tests when we arrived, and were allowed to skip the quarantine most people must endure. We headed to the far, southeastern corner of the country, near the town of Hofn. A lovely cottage served as home base while we explored glaciers our team has been visiting for years, like Breidamerkurjokull and Svinafellsjokull. 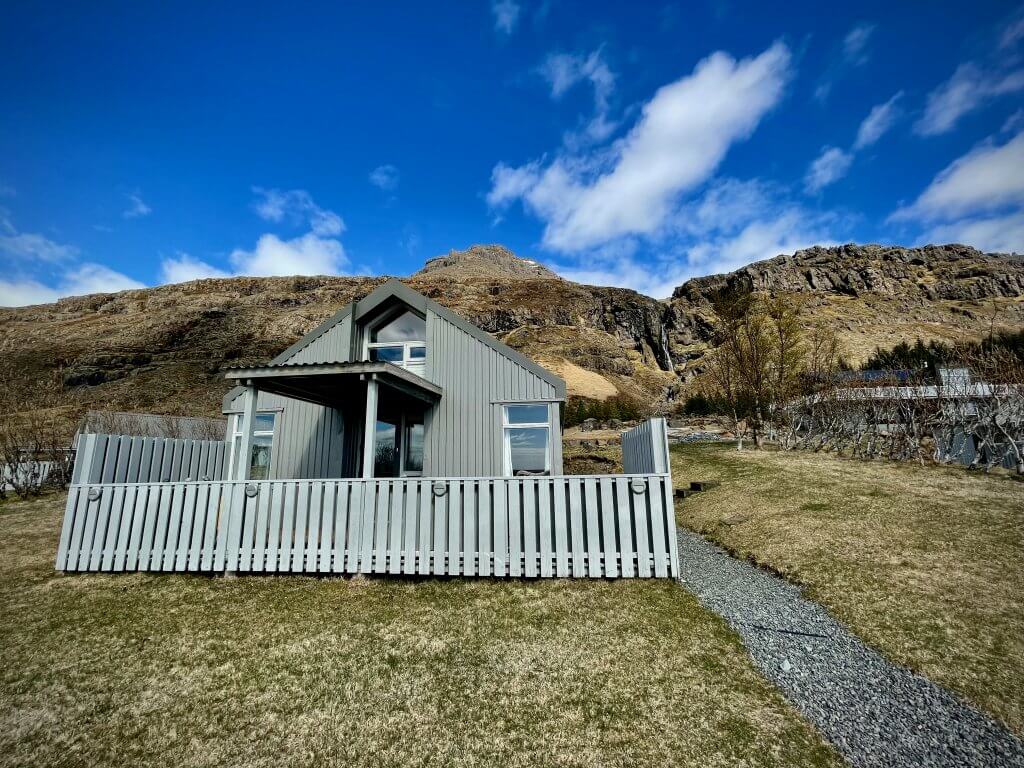 The forces imposed by glaciers are awe-inspiring. They move incredible amounts of material and provide water, nutrients, and unique ecosystems. In Iceland, 10% of the land is covered in glaciers or ice fields, so ice is a defining aspect of the country. Since 1994, 8% of that ice has disappeared, with more than a dozen glaciers disappearing altogether. At a relentless pace of forty square kilometers per year, the ice is melting away, as glaciers retreat, deflate and calve into lagoons. The purpose of our visit to Iceland was to document this ice loss for our latest film.

Glaciers in Iceland are often covered in volcanic ash and debris near the terminus, or end of the glacier. On Kotlujokull, we trekked over 200-foot mounds of clear ice, covered in black gravel. We found Jokullmyc, or glacier mice, on Virkisjokull. These are small balls of moss that literally roll down a glacial surface to gather water, nutrients and sunlight. These small, green, thriving plants are unique to specific glaciers and cannot survive without their particular environment. In the harsh landscape of a glacier, they are an unlikely and somehow hopeful sight. Such tenacity to evolve there! 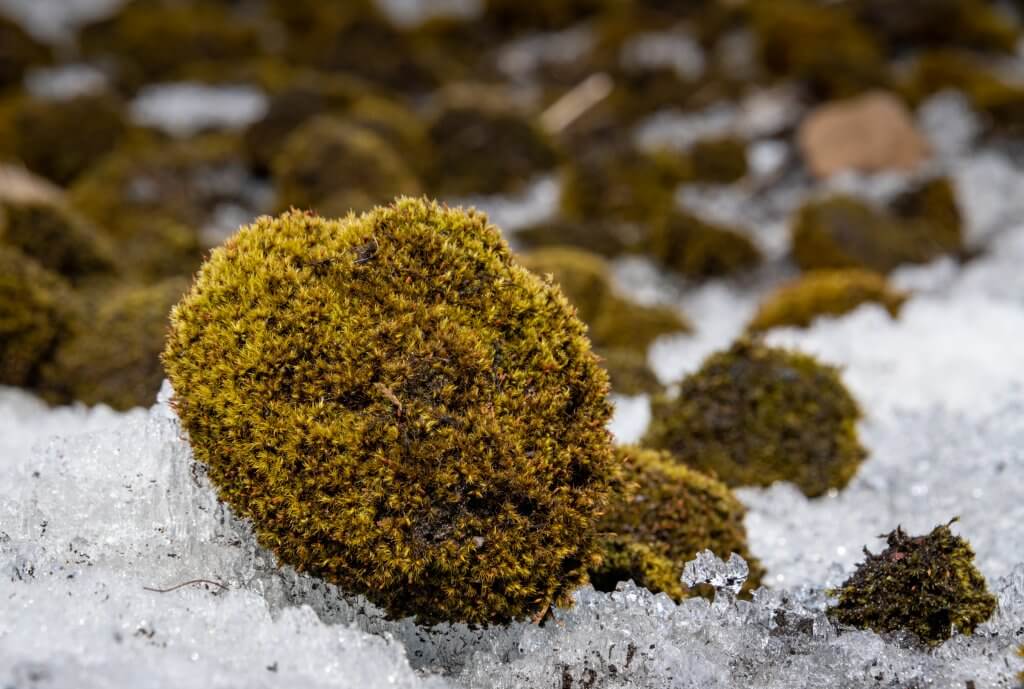 One of the most astonishing things to see when visiting Iceland’s glaciers are the ice caves that can develop at the edges, particularly the front edge, of glaciers. We visited two caves on different parts of Breidermerkurjokull. Each ice cave is utterly unique, but the deep blue ice is always part of the other-worldly experience. It can be a little un-nerving to be under the ice. Water pours in through any holes (called moulins, which are the source of the water that carves out the caves). Ice falls from the glassy surfaces, at the edges, ultimately leading to the collapse of the cave. It feels like the belly of a great, blue beast with endless formations and colors to marvel at. 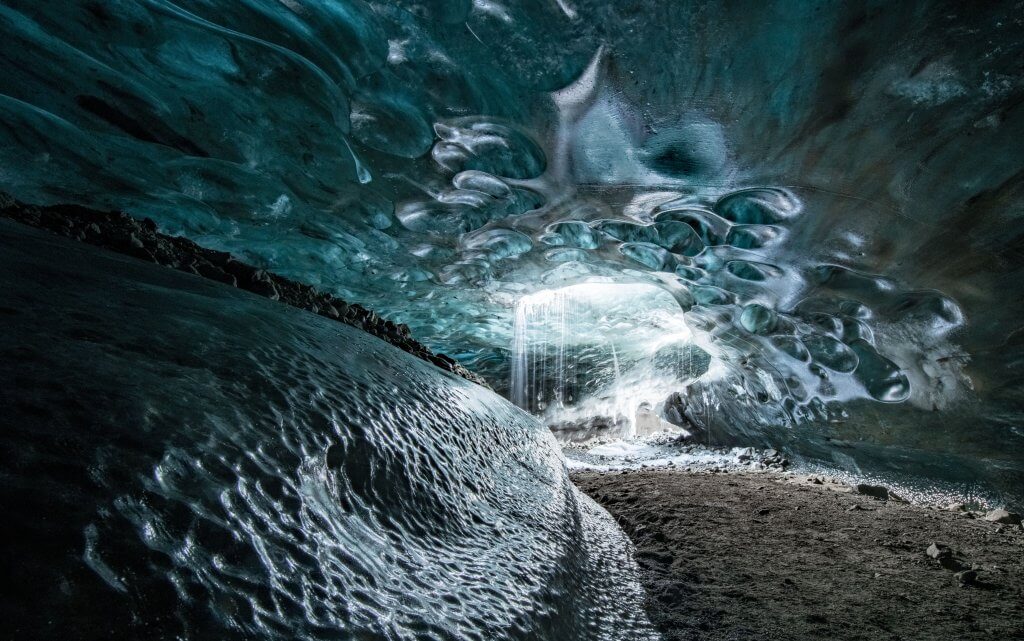 Of course, the glaciers were all stunningly beautiful. And each one is different. Visiting the face of Breidamerkurjokull brought surprise for Kerry and Orvar. Just four years before, they had visited an ice cave on a gravel “island” at the base of the glacier, in Jokulsarlon (the lagoon created by glacial meltwater). The glacier has now retreated so that there is no longer an island at all, but a wide stretch of beach, of sorts, made of glacial till. Both of them were stunned to see so much change in such a short time. Andrea had not visited this glacier for over a decade. The lagoon was several times larger than before. The whole landscape completely altered. A visit to the other side of Breidamerkurjokull revealed a retreat of well over a kilometer in just 2 years. Where there had been ice, there is now an astonishing, moon-like landscape of glacial gravel. 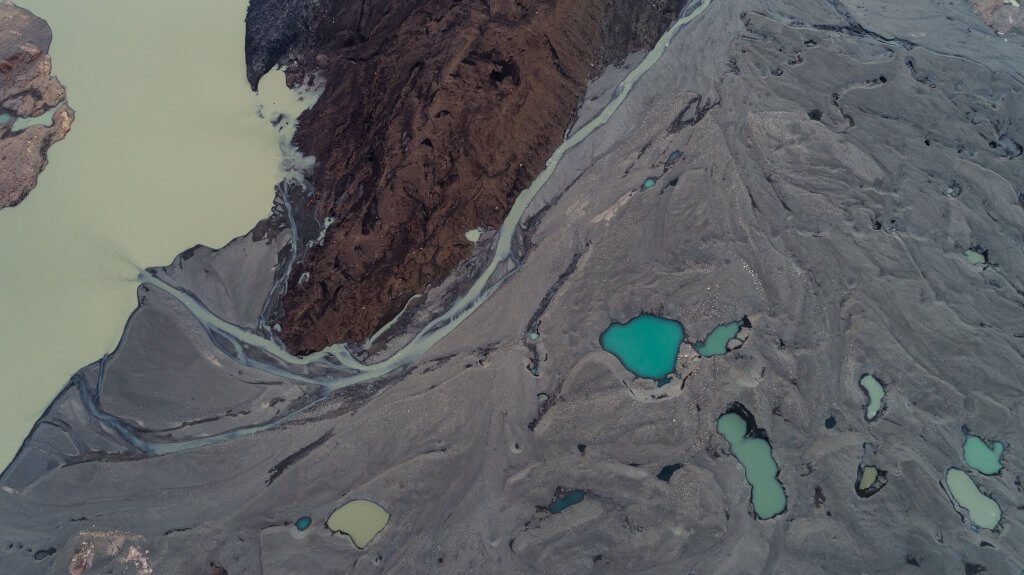 Our truck sank when a wheel moved into an area that looked dry, but was instead a slurry of fine gravel and water. Vehicles have been sunk deep into this stuff! Fortunately, ours was not! 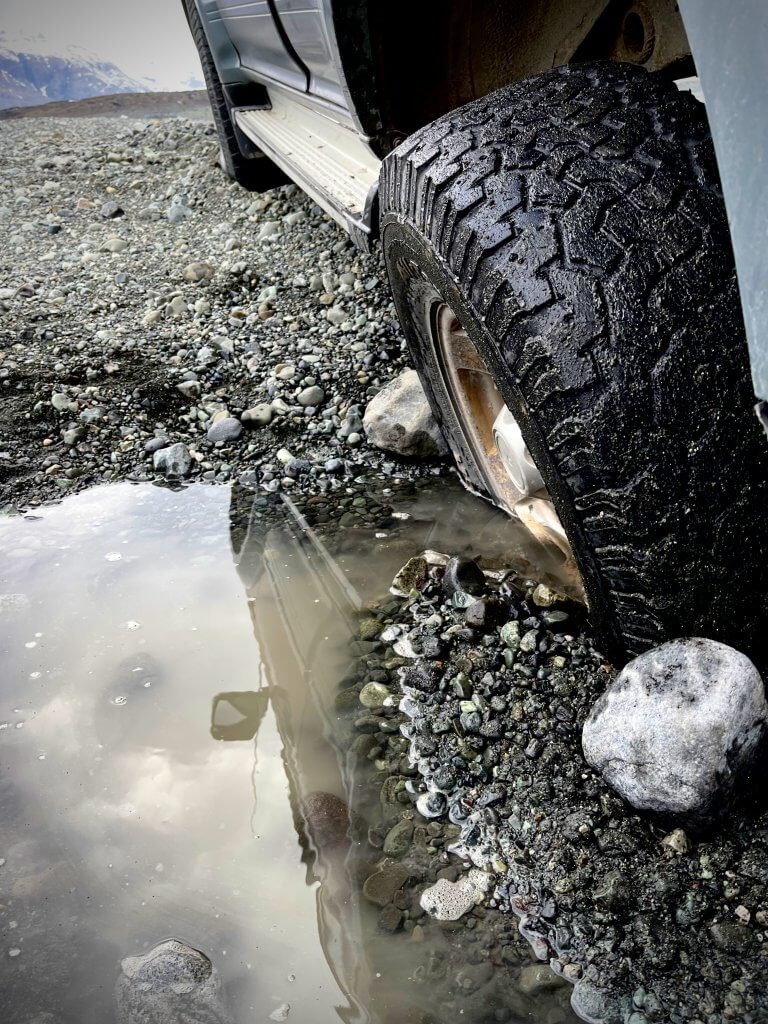 We walked many miles, with heavy packs to bring you the imagery and story of changing glaciers in Iceland. Deflation and recession are the norm now. Glacial lagoons expand and then slowly evaporate as glaciers move further up the valleys they built in their prime. Floods threaten the lowlands close to the coast, as the water can accumulate quickly and unexpectedly burst forth, due to volcanic activity near or beneath some of the glaciers. The landscape of Southern Iceland is changing fast and this serves as warning to the rest of the planet of the level of alteration our changing climate can bring. 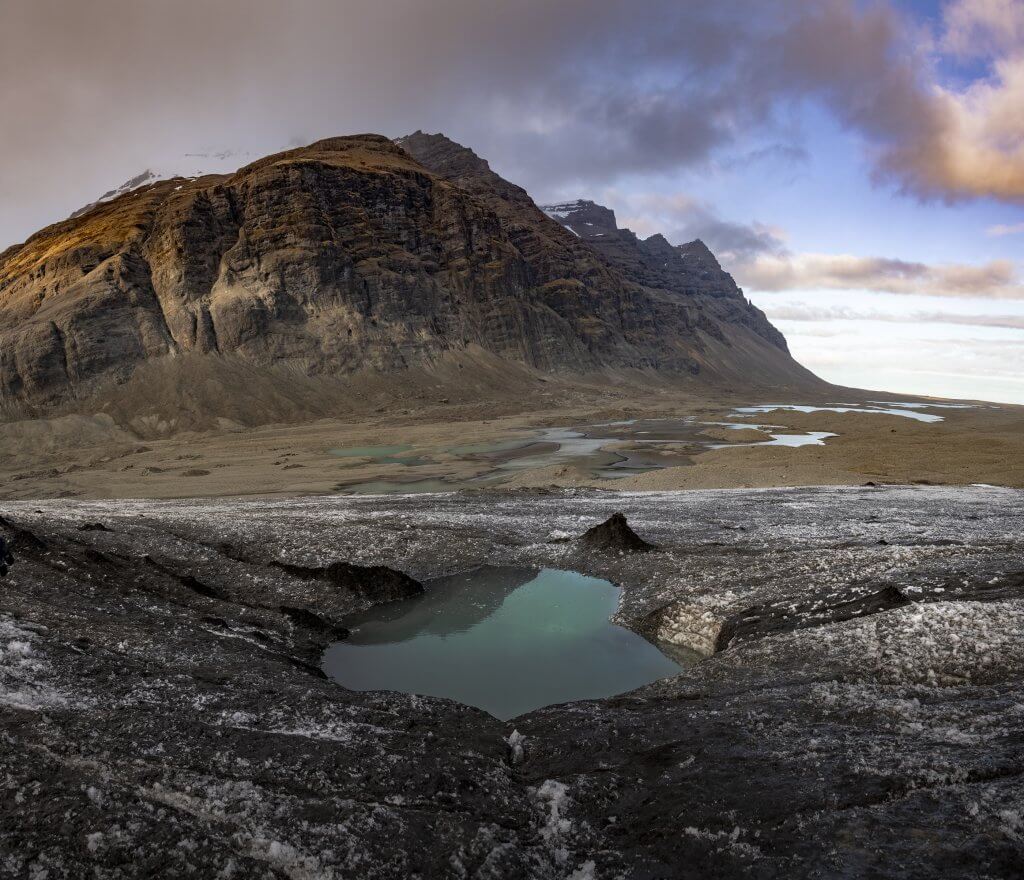 After all that ice, we headed to Reykjavik, staying in the Grand Hotel Reykjavik while the Arctic Counsel meetings were happening. The security was a little shocking when we first arrived. Diplomats guarded by armed men were everywhere! Reykjavik itself is quiet right now. It feels as if the clock has turned back a decade or three. No throngs of tourists. Few dominant, kitschy, tourist shops. Town is full of artist co-ops and Icelanders. It feels wonderful to walk the streets and see the aesthetic that is truly Iceland, everywhere. 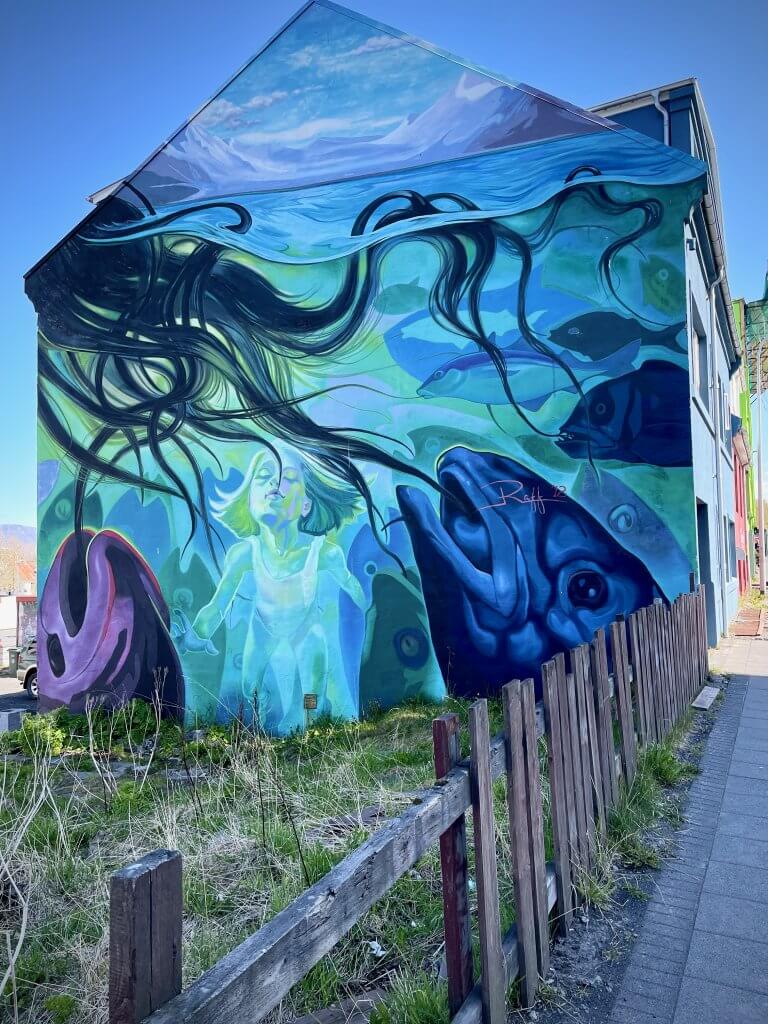 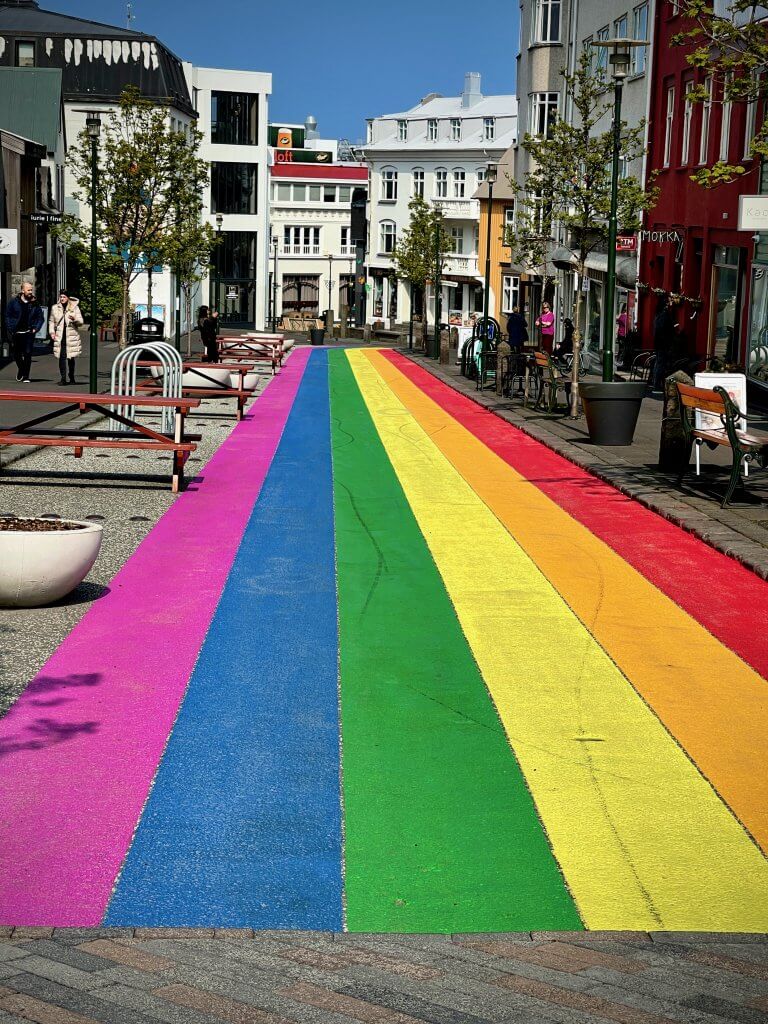 The volcano called us on our second night in Reykjavik. We hiked up and up to find ourselves facing an erupting volcano only 500 meters away. Simply, gloriously astonishing! The sound of molten earth bursting forth from the crater, the colors and heat. It is a glimpse into the making of the planet and it is simply awesome. We stayed until 1am, reluctant to leave this spectacle of creation.

Our last day of work brought us to the facilities for a unique set of technologies that are being developed in Iceland for use around the world. We visited the Carbfix site, where CO2 is mixed with water, pumped deep into the interstices of the basalt rock below and, over a two-year period of time, turns into stone itself. A scalable, effective technology for carbon sequestration that offers real hope in helping to manage our carbon problem. On the same site, but a different company, was Climeworks. At Climeworks, a proprietary technology for capturing CO2 directly from the air has been developed. While they are still testing, their facilities look robust and are, so far, effective even in the harsh climate of Iceland. Between these two companies, we felt a burgeoning sense of hope for our future. Technologies that require no chemicals, feature no detrimental effects, and can be scaled in numerous locations around the planet provide one of the critical ways we can truly tackle the climate chaos humans have set in motion.

After nearly two weeks of long days in the sublime and diverse landscapes Iceland holds, we headed home to begin the process of bringing our images, videos and stories to the public eye. We will have much to share soon, in our new film, Fire and Ice, about glaciers in Iceland and around the world. We look forward to bringing more of our journey to you!

Photographs and video copyright of Andrea Sparrow and Kerry Koepping. All rights reserved. 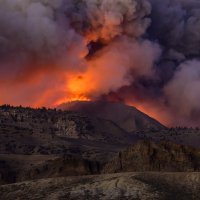 Fuel to the Fire